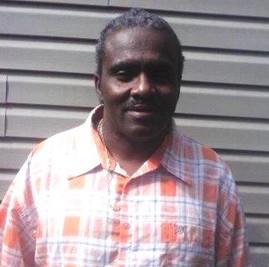 “I was a good kid. While in school, I made good grades.   Until I began drinking and using drugs. At the time, it was the “cool” thing to do. My use first began affecting my grades and then I started getting into trouble.” This is how Terry starts his story.

“I used alcohol and drugs for more than 25 years. I wanted to change but I was in too deep to see that I had the ability and strength to do so.

At one point I just became tired of my situation. I decided to check myself into rehab and after getting sober, I returned to work as a brick mason. I worked full time. But as time went on, I began selling drugs for the additional income. Having been an addict, I knew the game.

For two years I was selling drugs and during that time I was busted 6 times. I was eventually given a sentence of 6-7 years in prison. I lost everything I had. My home, my cars, my money and most important, my independence,” Terry adds.

While in prison, Terry says he used prayer.   “By prayer, I made it home.”

Terry arrived at Good Shepherd in August of 2013. He was brought to the Shelter by his Probation Officer. He had just finished serving a 5 year, 10 month sentence for possession with intent to sell. He once again had to face his battle with the streets. Terry says, “I had to learn to let go of my ways and learn a better way of living.”

After several months at Good Shepherd, Terry became discouraged when he was unable to find employment due to his felony charges. The staff worked closely with him to help him see that he could rebuild his life. They were able to assist him in locating nearby employment. “Once I got a job,” Terry says, “I felt as if things had finally started to change for me.”

Terry has moved on from Good Shepherd. He has maintained his full time employment and moved into his own 2-bedroom house – in his own name for the first time in his life. He has enrolled at Cape Fear Community College for the evening diploma program in Plumbing. He has met all of the requirements of his probation and has been released by the State of North Carolina.

Terry concludes, “I can honestly say that Good Shepherd gave me a second chance at life. I am now hopeful for my future. I want to share my story so that others can benefit; so they can stand up. Thanks to Good Shepherd, I am standing.”